It's time public interests were put before corporate interests

We aim to ensure the interests of the Australian public are put before the interests of unaccountable corporations whose major responsibility is to create ever increasing profits for their major shareholders, irrespective of the human, social, environmental and national costs. That tiny section of society that owns the means of production, distribution, exchange and communication have become so powerful that they are now instrumental in setting the parliamentary agenda and determining who governs us. It's time we put public interests first!

Unfortunately, during this period we have seen a growth of political parties and social movements that blame deteriorating economic conditions on people of different races, religions, cultures and nationalities.
The use of fear as a political and social political strategy has divided the nation and pitted Australians against Australians.

THE PROBLEM
The problem revolves around both the way wealth is created and distributed in Australia. Parliamentary democracy has been hijacked by that small section of society who own the means of production, distribution, exchange and communication. Parliament no longer represents the will of the people. Growing disillusionment with a parliamentary system that seems both unwilling and incapable of serving the interests of everybody in the community, not just a powerful minority, needs to be urgently addressed.

We are the people we’ve been waiting for! 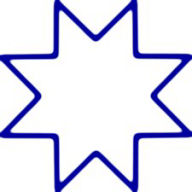